Part Two: My ‘story’ ends with a dead husband.

Health systems – specifically hospitals – are moving in the direction of forming patient family advisory councils or boards.  Leading the way is Massachusetts whose legislative mandated in 2008 that every hospital has a patient family advisory council that met a minimum set of expectations.  Initially patient and consumer participants were called ‘advocates’ but this term seemed to have incited a negative response among health professionals.  When meeting with the Medical Director of a community hospital, one medical director asked me with a sense of frustration why he is not considered the ultimate advocate: “I am not Jack the Ripper” he said with annoyance.  Patient advocacy groups have settled on the more accepted term of ‘advisor’.  These increased patient engagement initiatives and partnerships are heavily supported by CMS, and the American Hospital Association.  Two years ago, a google search did not reveal significant information about these councils, nor outcomes on patient safety and satisfaction.  That began to change a year ago, and today, the search engines implode with articles and information.

Patient family advisory councils have not necessarily had an easy path.  Inclusion of these councils has meant a cultural shift in hospitals where even acronyms are a language barrier to those outside the sterile walls of hospitals corridors and meeting rooms. One does not enter a hospital like a spa; one metro hospital in Indianapolis reported that 90% of its admissions are through the emergency room.  Every medical staff is there to save lives and keep people safe through their procedures.  The doctor has been at the top of the decision podium since forever, and who are these advisors anyway?

We are not storytellers, though that was a nice description used initially by almost every hospital taking the tentative first step toward developing a patient family council. It was also a good way to keep these advisors ‘at bay’ and out of the way. ‘We want to hear your story – good and bad!’  Well, my story ends with a dead husband…. shall we begin there and move backward?  Those who want to serve on such advisory boards or councils have in fact had either a bad experience or a good one.  They were either impacted by a medical error – which causes one third of all deaths in the US – or are over the moon by a joyful recovery of a tragic accident or illness.  Most other patients just want to cut the ubiquitous plastic ID badge off their wrist and eat a home cooked meal when leaving the hospital; not join an advisory council.

What is the best way to use these thoughtful patients? These consumers of health services? We did start out by being called ‘story tellers’ who did little more than help determine menus, the color of rooms and some hospital informational material.  And thankfully, this has been radically changing!  The best patient family advisory councils are not directed by the hospital; they are self-directed, led by shared leadership such as co-chairs that include a non-medical and medical council member.  They cannot be autonomous; the number rule of any hospital is patient awareness and safety.  However, a rapidly increasing number of hospitals are including non-hospital advisors on a critical range of hospitals committees, including patient safety, ethics, review of medical errors and hospital acquired infections, PCORI research and LEAN projects and even interviews of incoming medical directors and executive staff.

What remains to be resolved is how patient family consumer advisors are regarded, professionally.  These advisors are not wearing pink smocks, handing out magazines and flowers.  Many are deeply skilled professionals in their own careers.  While they cannot be put on payroll, is it OK to keep them as unpaid volunteers?  Looping back to the beginning of all this, who is making this demand? This insistence for patient family advisory councils?  One can easily argue it is CMS, by the very notion they are going to restructure payment to health system based on patient satisfaction….and a very large insurer they are!  Be cautious of catching their cold!

Part Three: hospitals don’t need to budget anything for these free advisors…..right? All part of the new value added system…..right?  Wrong. 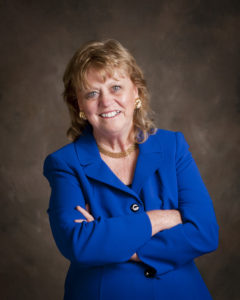